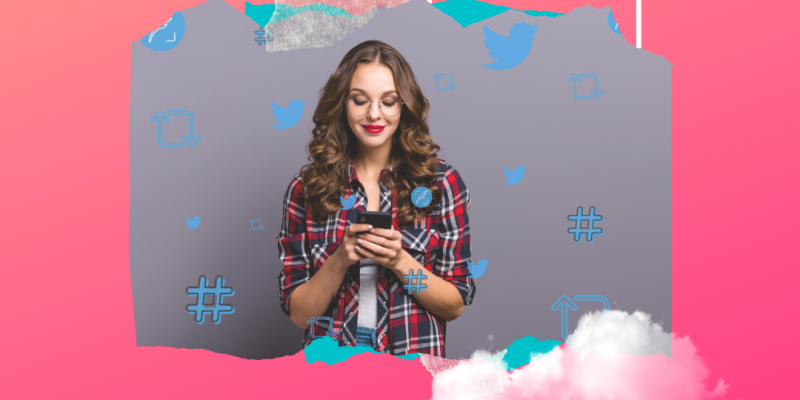 With around 126 million active daily users, Twitter is an important part of an influencer’s social media strategy. It’s easy to dismiss the platform entirely or treat your tweets with a carefree attitude, but don’t. Here are ___ Twitter errors that can totally wreck your brand – and how to fix them.

It takes just seconds more to craft a piece of constructive criticism, or a thoughtful response to a twitter debate, than it does to fire off an insulting comment. We’ve all seen celebs, politicians, and influencers get “canceled” when horrible tweets came to light. Remember: Everything you post online, even if you delete it, lives SOMEwhere on the internet and can be dragged back out.

When you start a non-DM tweet with the @ sign, only users who are both your fan and the other account’s fan will see it. Put a period before the @, like this:

Going viral is great, until someone conveniently “forgets” to credit you for your hard work, right? Repost unto others as you would have them repost unto you.

Just promoting your videos & MagicLinks in your tweets? Your fans will likely decide your feed is scammy & spammy, and hit “unfollow”. Mix it up with images, video clips, @ replies, polls, retweets, and fun updates on your daily life.

Yep, you can retweet too much – and you may be contributing to the fake news problem, if you blindly retweet without doing your research first.

You wouldn’t drink and drive, don’t drink & do social media! The same goes for when you’re feeling super angry about something. Take the time to sober up, calm down, and come up with coherent responses.

7. Take Advantage of Sad Events to Promote Your Channels/Products

This one is self-explanatory. It’s thread-hijacking, in poor taste, and rude.

Twitter prioritizes the most recent Tweets in your feed, so if you’re posting at 4am, don’t be surprised if it goes unread. The below graphic from Sprout Social details the best times (and worst) to post, but in general, these are the most popular hours of the day during each time zone: 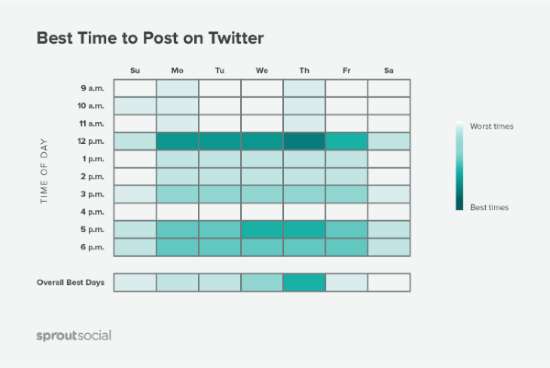 Think of it this way before you join a discussion on a potentially controversial topic: Would you want your boss, your parents, or your grandmother to read your tweets in front of a crowd of 10,000 people? Be cautious. Don’t get controversial just to gain attention.

Nothing’s more frustrating in a discussion than when someone hijacks it and starts talking about themself, promoting their latest project, and not letting anyone else speak. Engaging in a true social conversation, even over Twitter, involves thoughtful listening and responses. There’s a reason it’s called SOCIAL media, after all.

New Ways to Make Money on Instagram In 2021: Ad Revenue, Subscriptions, and More!

More in Getting Started with MagicLinks

How To Blow *UP* On TikTok [Video]

New Ways to Make Money on Instagram In 2021: Ad Revenue, Subscriptions, and More!